Alex and Matteo’s Update on the Cycle Superhighway Expansion

Alex and Matteo’s Update on the Cycle Superhighway Expansion

We wrote an earlier blog about the cycle super highway coming to South-East London and its mixed reviews. But now with the project in full force, the cycle highway is growing! A 3.6km section between Tower Bridge Road and Rotherhithe was just opened in 2020, and the construction of the path from Rotherhithe roundabout and Greenwich is almost done now. So, now is a great time to look back on what has been done and what comes next! 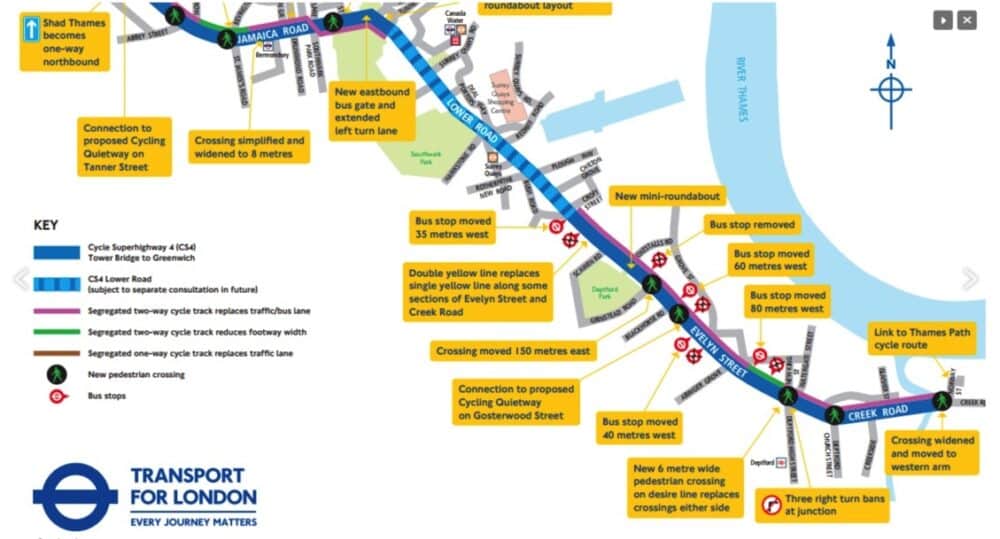 Original Proposal and Design of Cycleway 4

They made the original proposal for the cycleway back in 2014 to improve cycling infrastructure and make it safer for cyclists. The route would stretch from Tower Bridge Road to Greenwich, connecting Southwark and Lewisham via Jamaica Road.

The design included high-quality segregated tracks, with separate signals at junctions for cyclists. It also aimed to improve public spaces and make them more pedestrian-friendly along the route. But not everyone was happy with the proposal…

Many local businesses in Bermondsey, Rotherhithe and Canada Water raised concerns about the potential loss of parking spaces and loading bays, as well as a decrease in footfall due to narrow sidewalks. The Jamaica Road Business Alliance even launched a campaign against the project, citing economic impacts and lack of consultation.

Ultimately, the cycleway was approved, and construction began in 2019. And now that they have constructed it, there have been positive impacts for both cyclists and local businesses.

Cyclists report feeling safer on the route thanks to the segregated tracks and dedicated signal lights at junctions. The cycleway has also helped to reduce congestion on Jamaica Road, resulting in better traffic flow for all road users.

Local businesses are also seeing a decrease in delivery vehicles blocking their loading bays, providing them with more space for operations and potentially increasing footfall. In fact, many business owners have expressed support for the project after experiencing its benefits first hand.

Recent Completion of a 3.6km section between Tower Bridge Road and Rotherhithe opened in 2020, and construction of the path from Rotherhithe roundabout and Greenwich is ready to open. 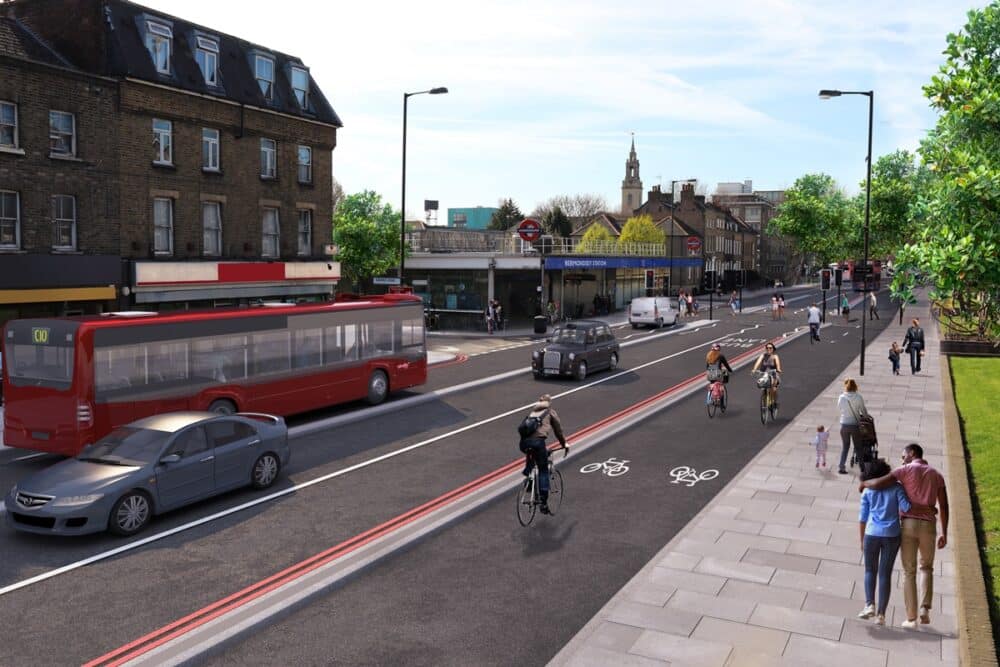 Looking Ahead for Cycleway 4

The cycleway expansion is still ongoing, with plans to extend the route further towards Lewisham in the future. In addition, TfL has also announced a plan for a “Mini Holland” transformation in Southwark, including improvements to cycling and walking infrastructure, as well as public spaces.

According to the TfL website, some extensions and plans include several additions and improvements, like a “two-way segregated cycle track on Tooley Street, Jamaica Road, Evelyn Street, and Creek Road.” They also plan to make upgrades to over twenty existing pedestrian crossings and add five more. They will continue with a redesign of the Rotherhithe roundabout for safety and install an eastbound bus gate on Jamaica Road. Traffic flow and restrictions will happen on side roads along Jamaica and Deptford High Street for improved safety. Finally, public spaces will see a makeover with trees and new paving.

The vision of Cycle Highway 4 is to encourage walking, cycling, and public transit for a greener and healthier London. So far, it looks to be heading in the right direction!

Alex & Matteo are and have been change leaders in SE1 & SE16 and are proud to be one of the first carbon-negative estate agents in London and we are always looking for new ways to protect the environment. Please read our latest blog about it by clicking here